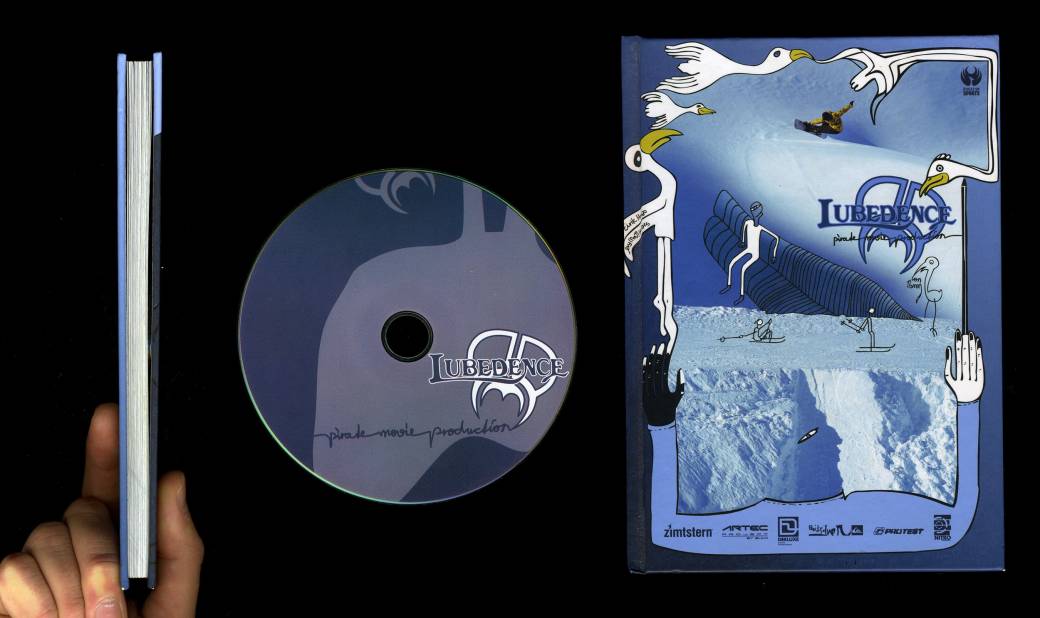 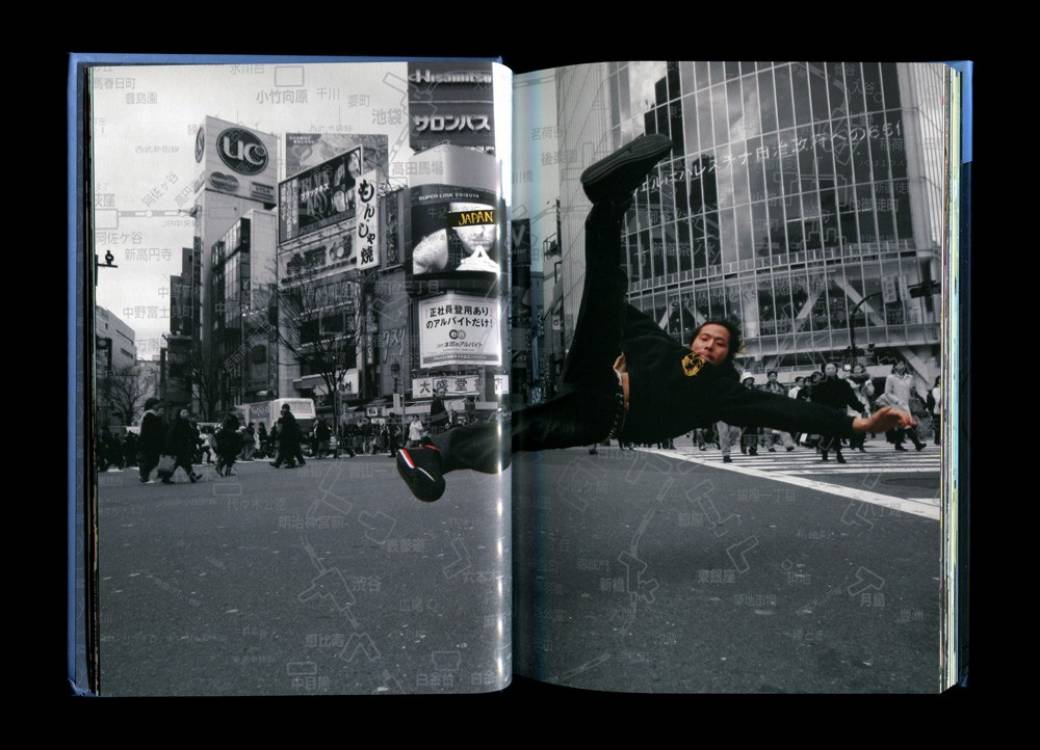 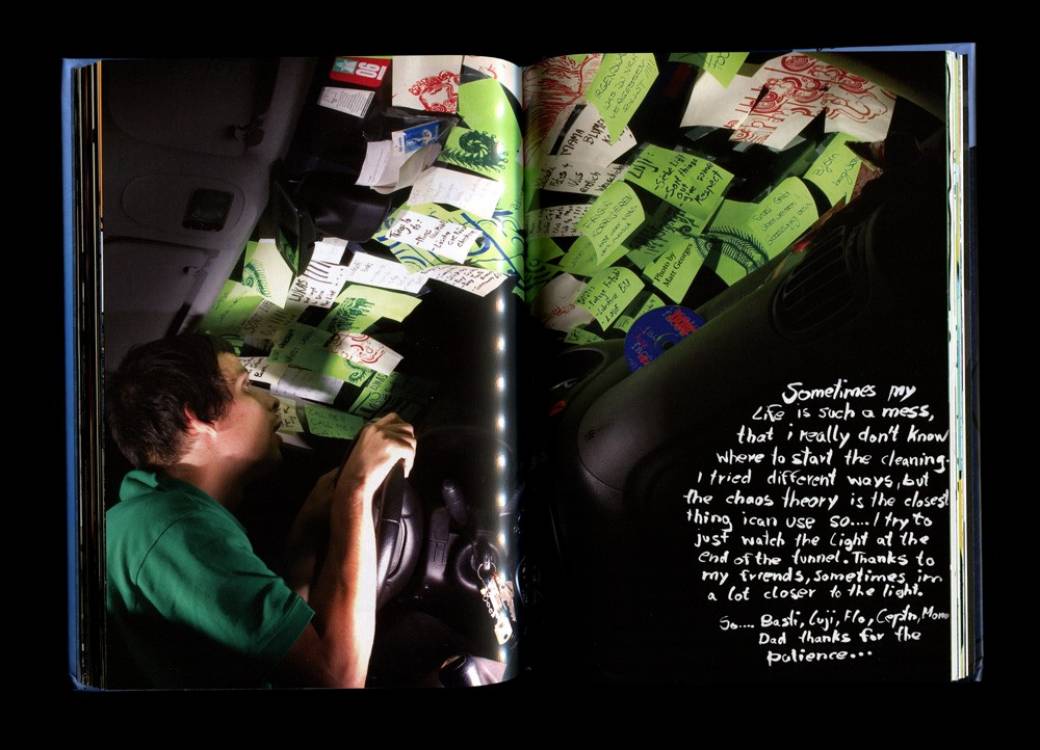 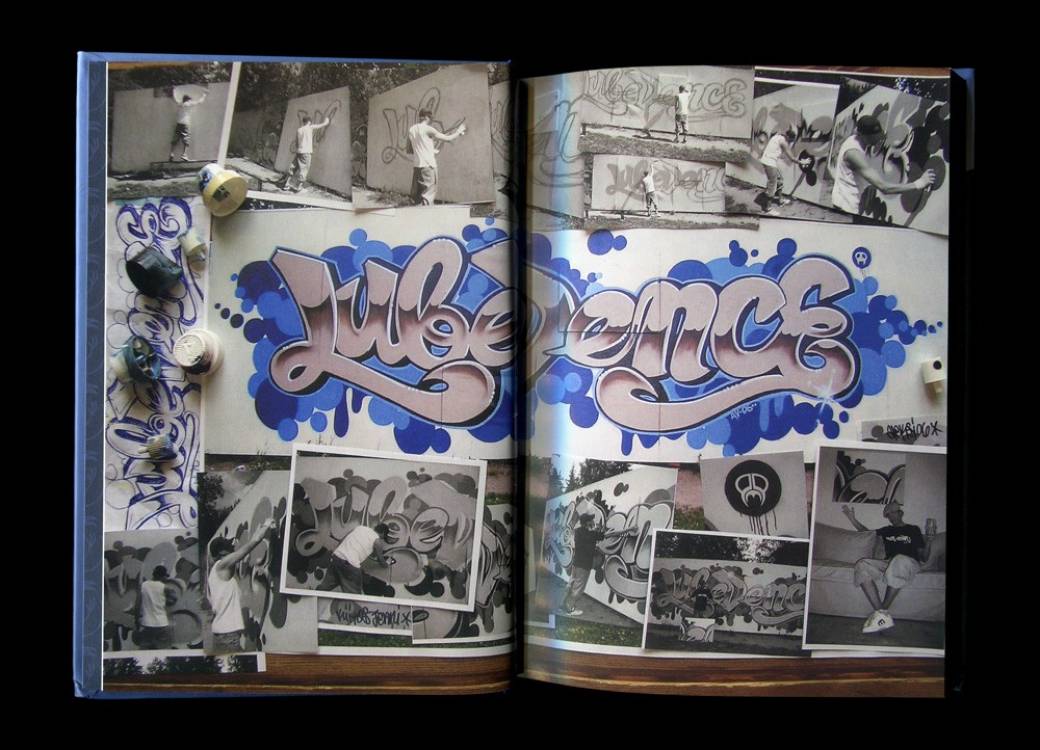 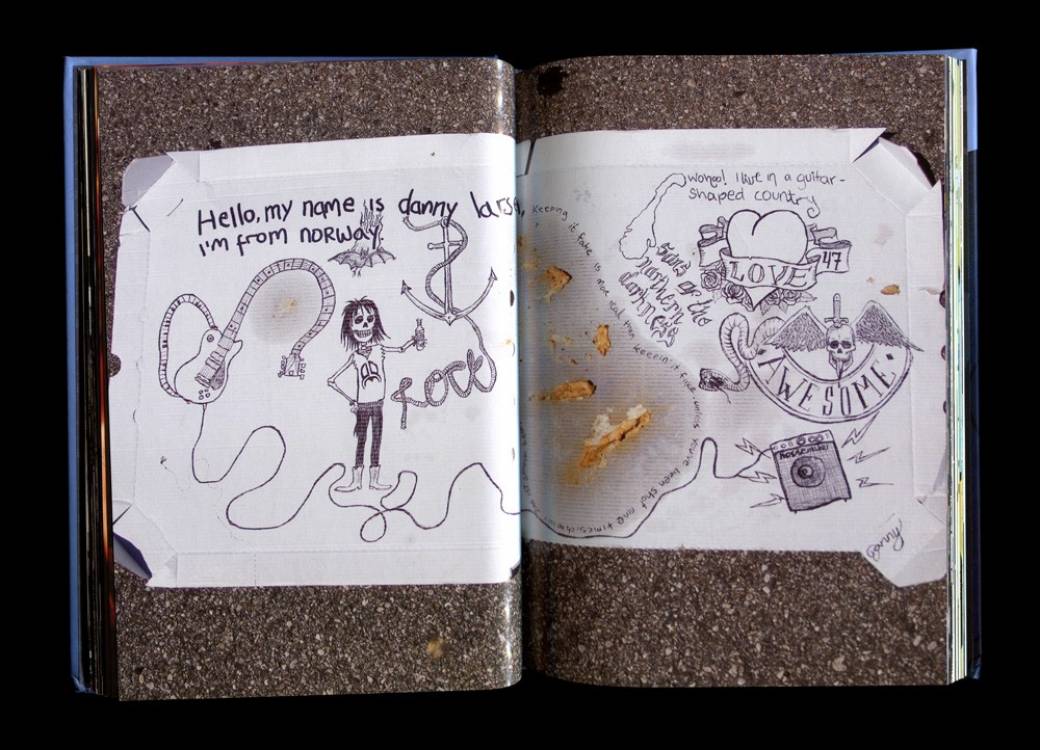 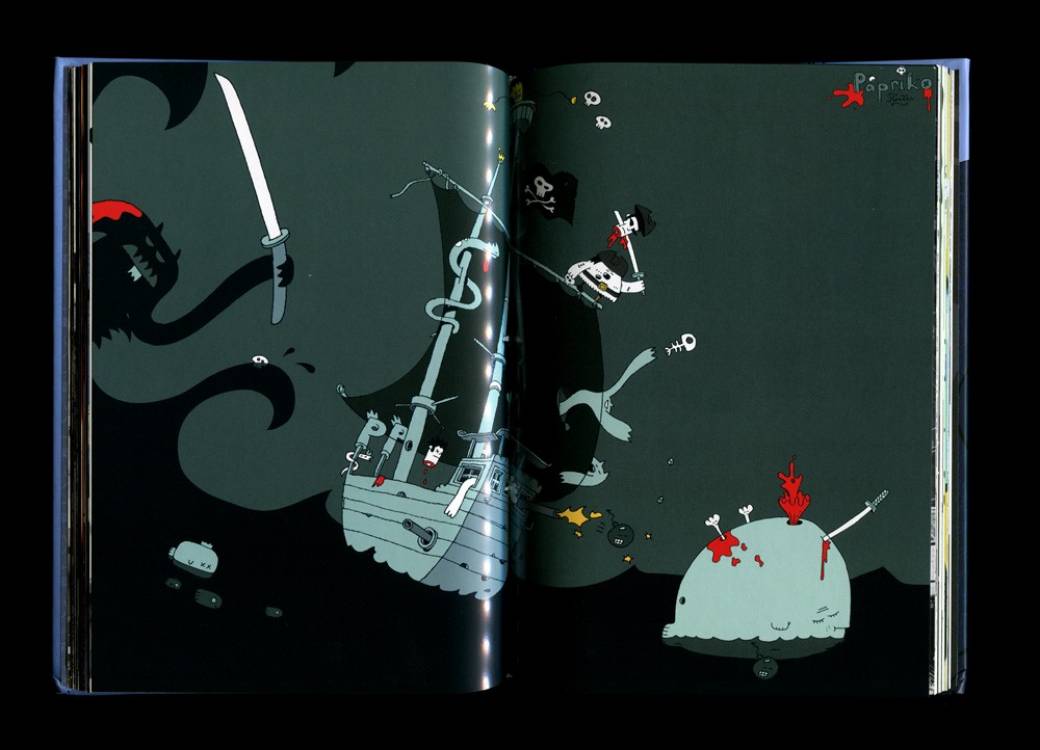 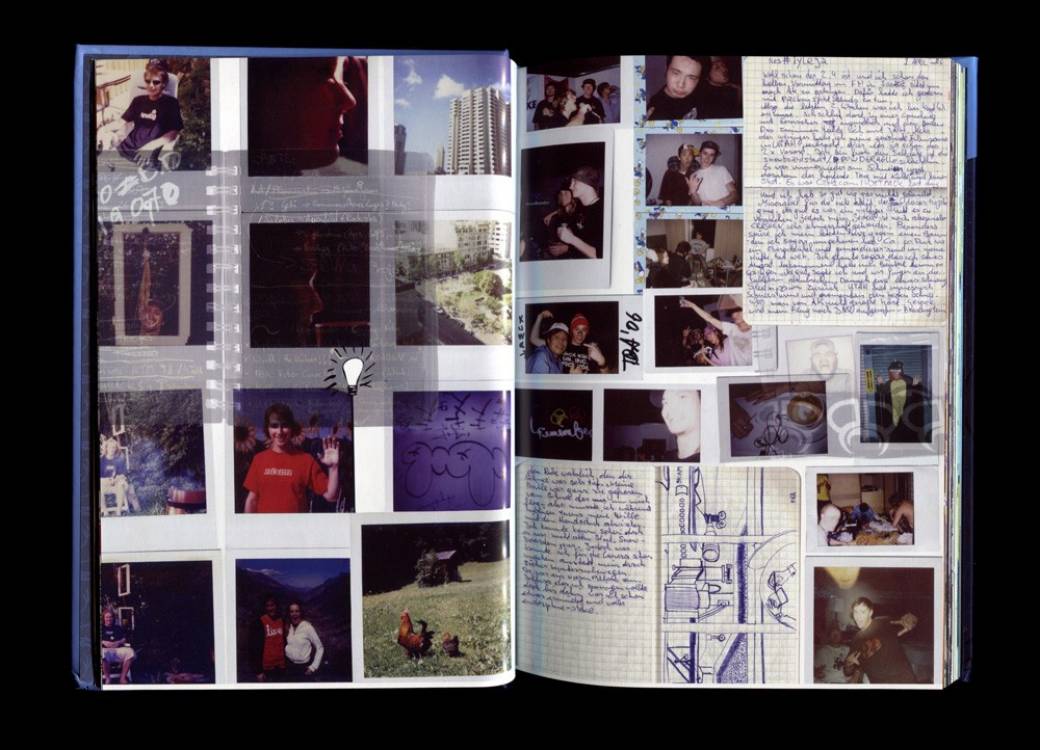 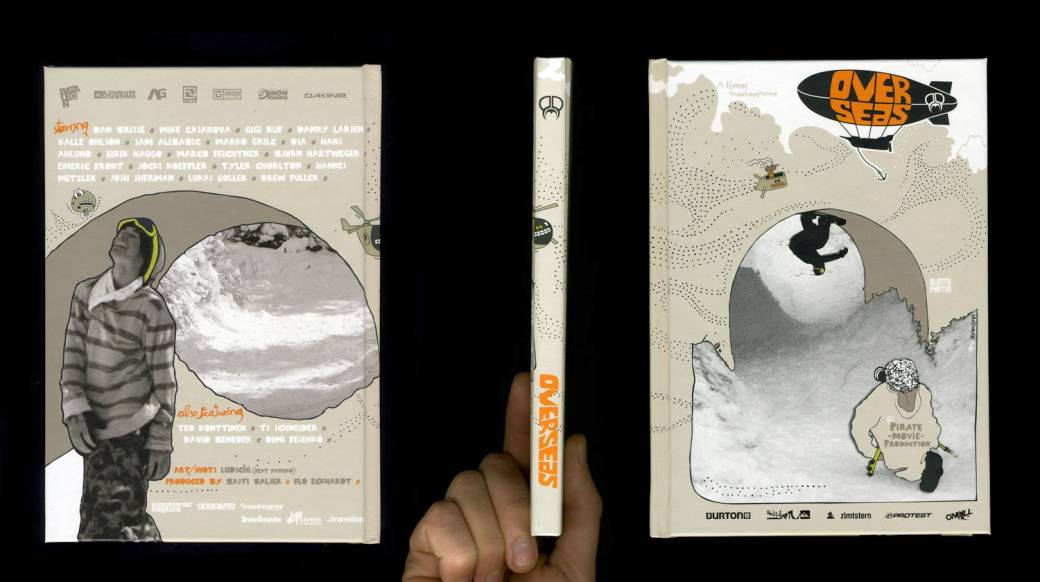 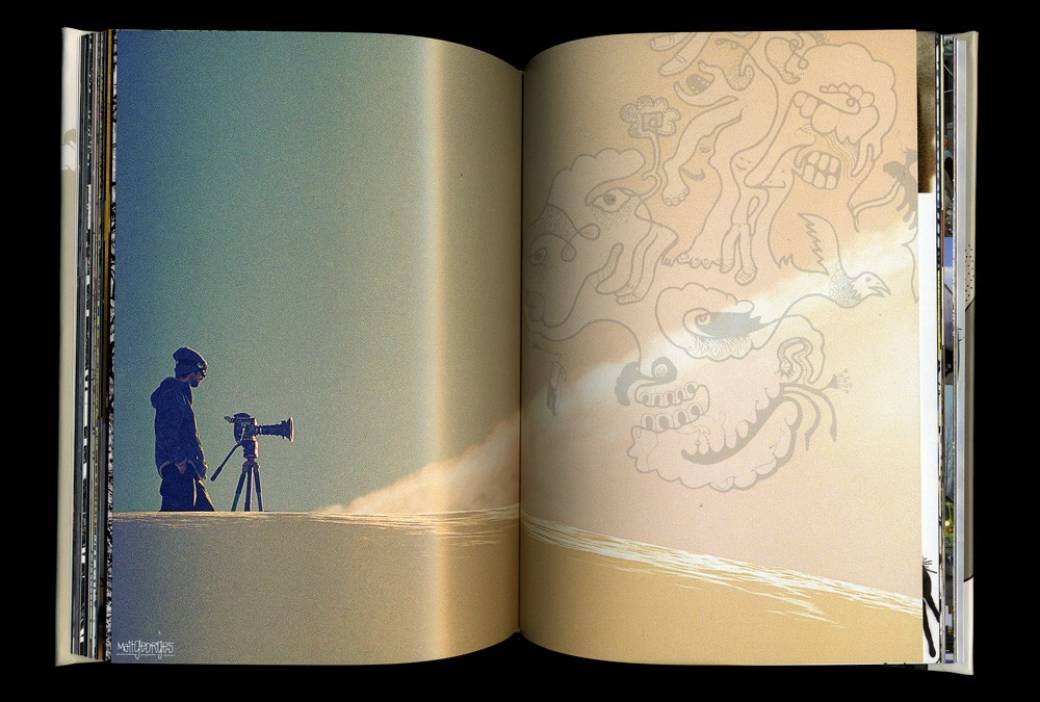 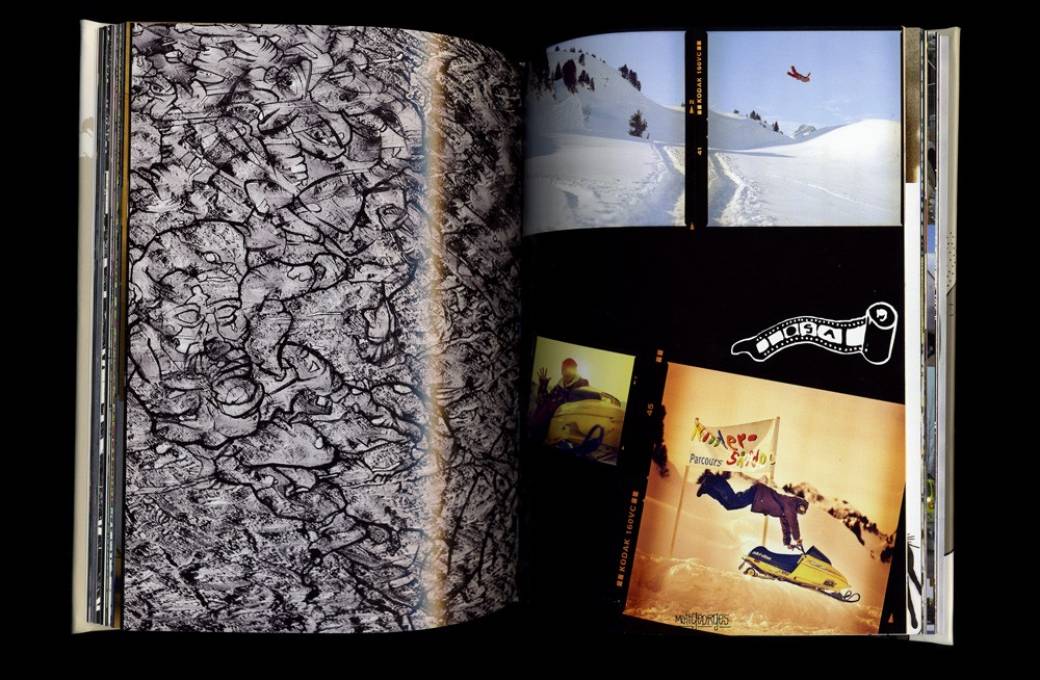 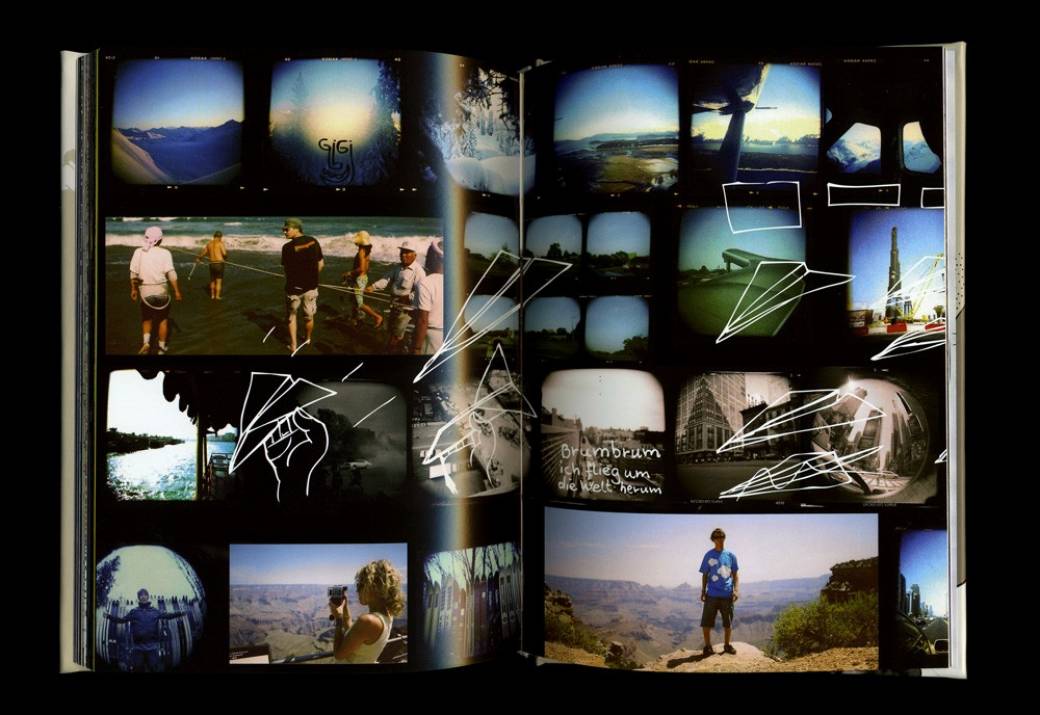 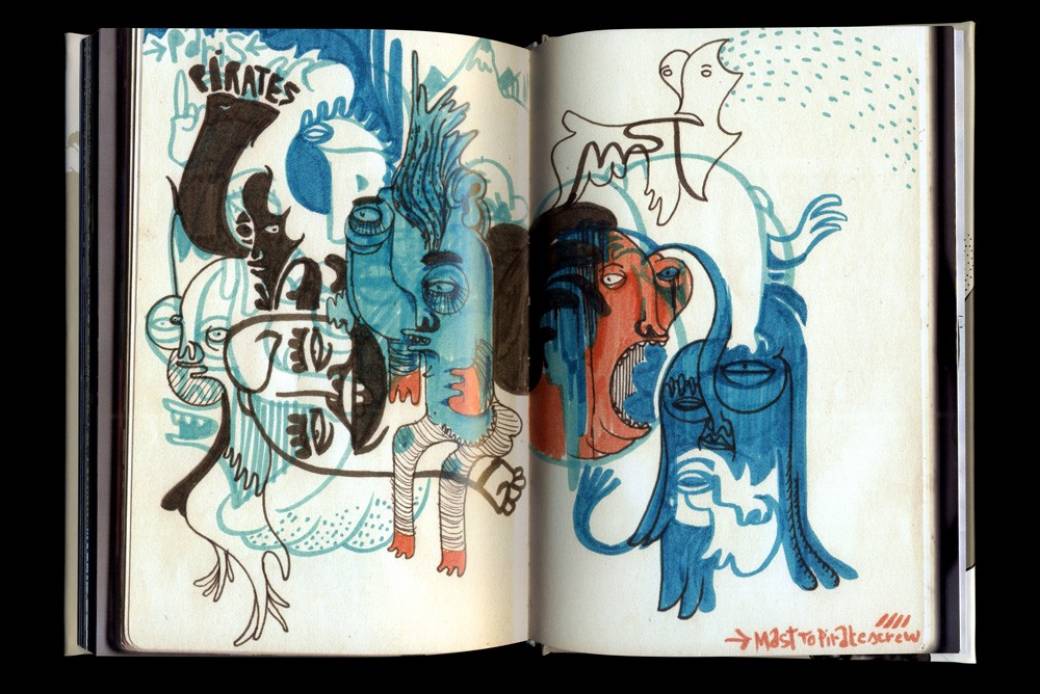 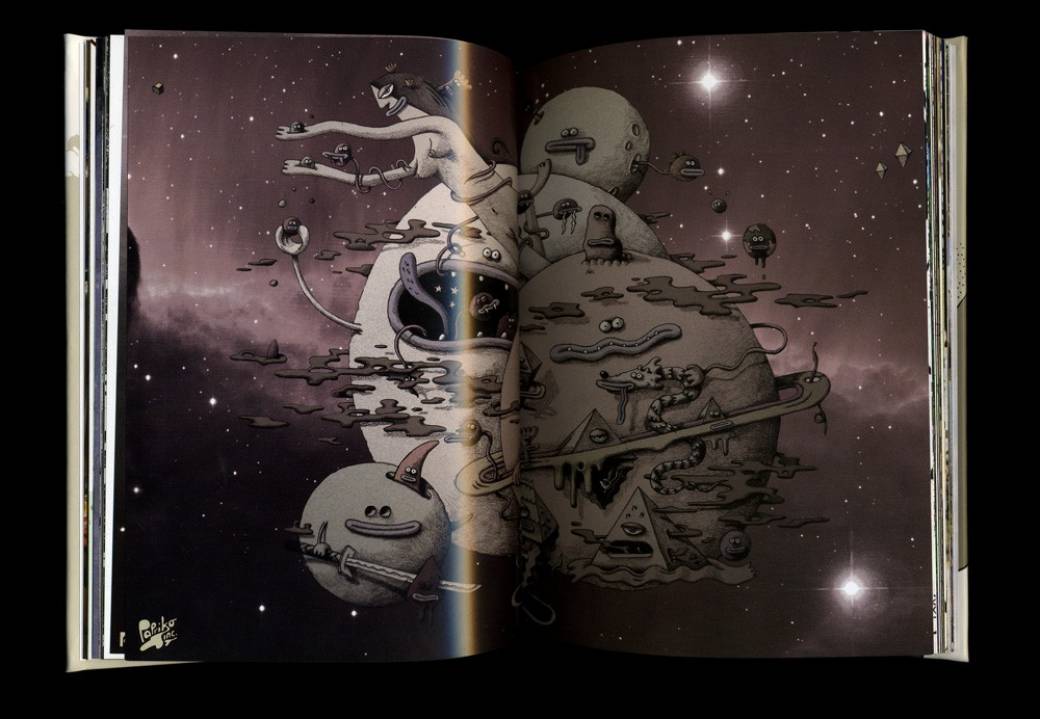 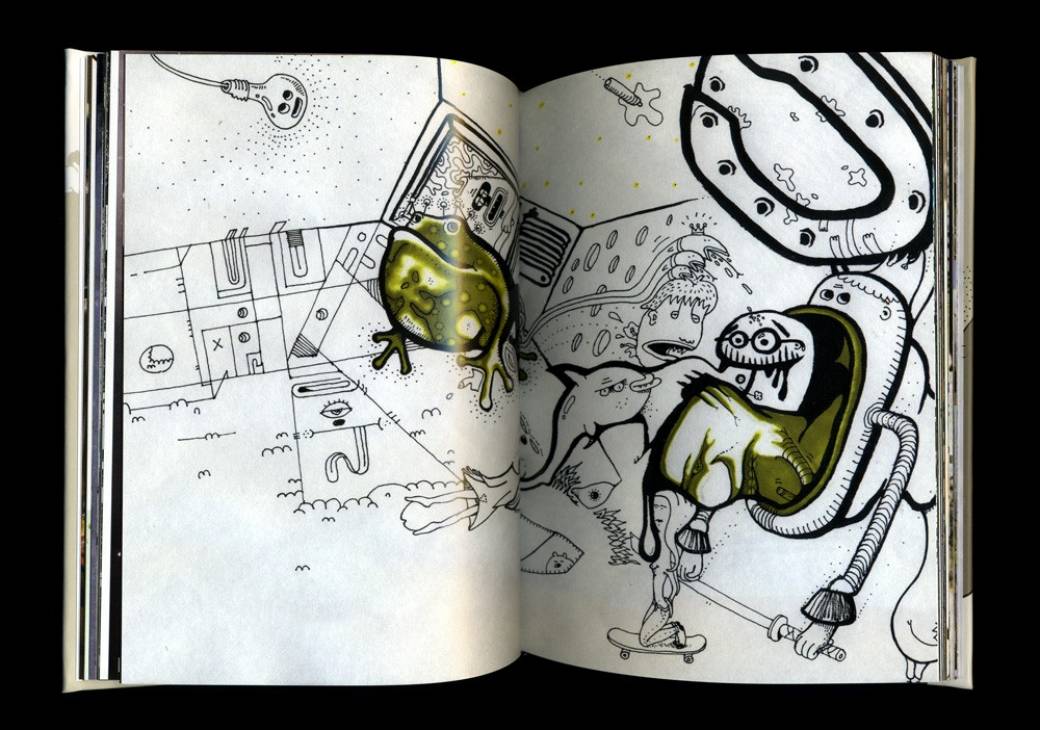 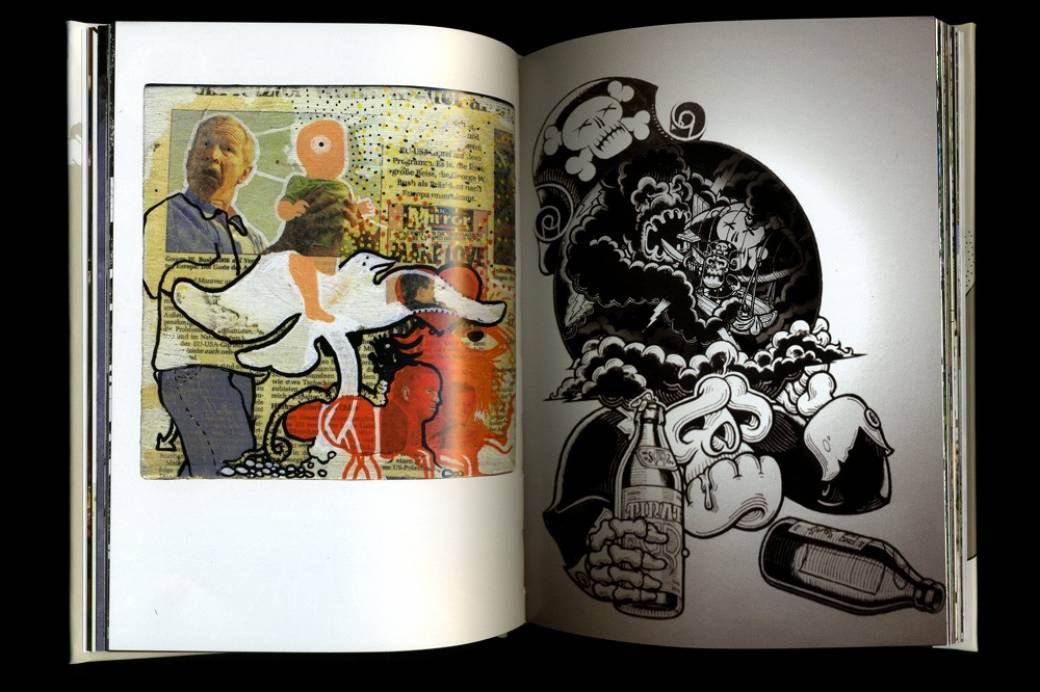 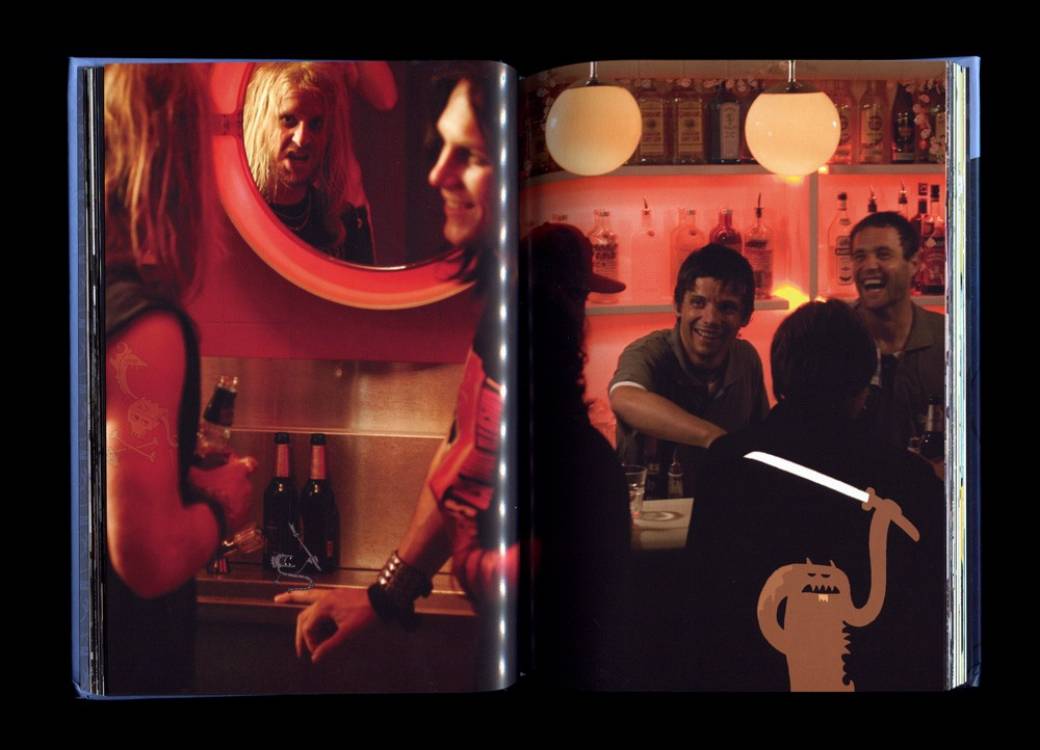 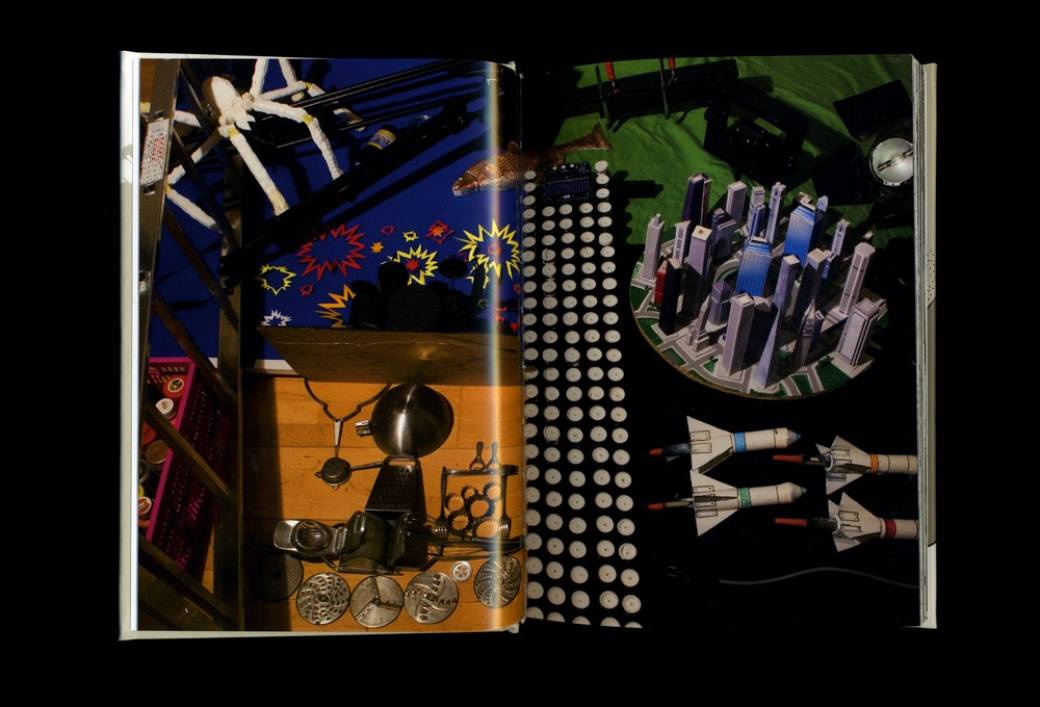 ITALIANO - PLEASE TRANSLATE In order to emphasize upon the snowboard film done by the Pirates every year, the dvd was embedded into a 100 page book in the year 2005-2013, filled with drawings, photos and collages that were collected throughout the year and production cycle.

ITALIANO - PLEASE TRANSLATE Everyone, no matter if he or she was a rider, photographer, friend or filmer was encouraged to participate without limitations or restrictions however assisted by Tobias Ludescher, Art Director of the production. With the book he intended to create the possibility to present ones work despite geographical difficulties. Throughout the years this mission was accomplished and can be seen as collection of 900 pages of free expression by passionate artists who then became the starting platform of the Isolation Camp. 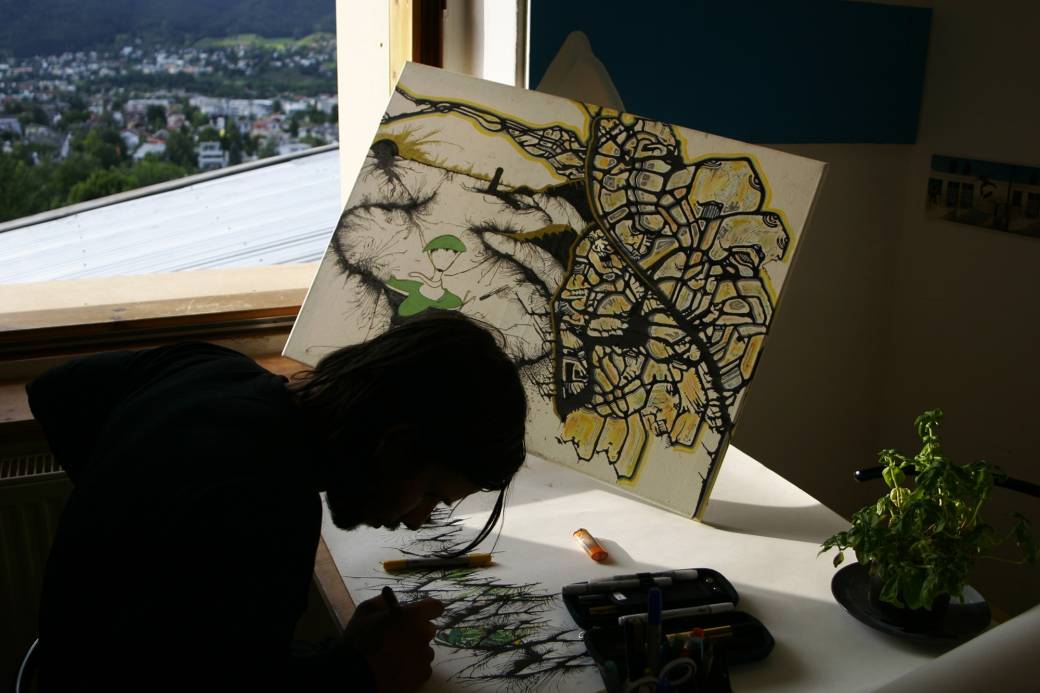 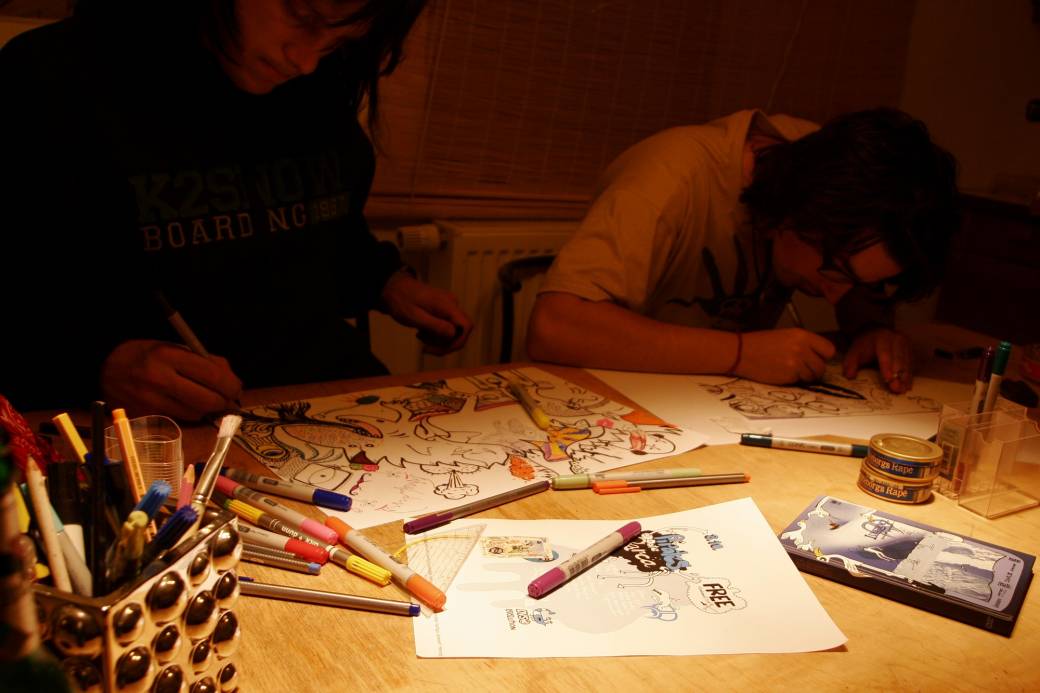 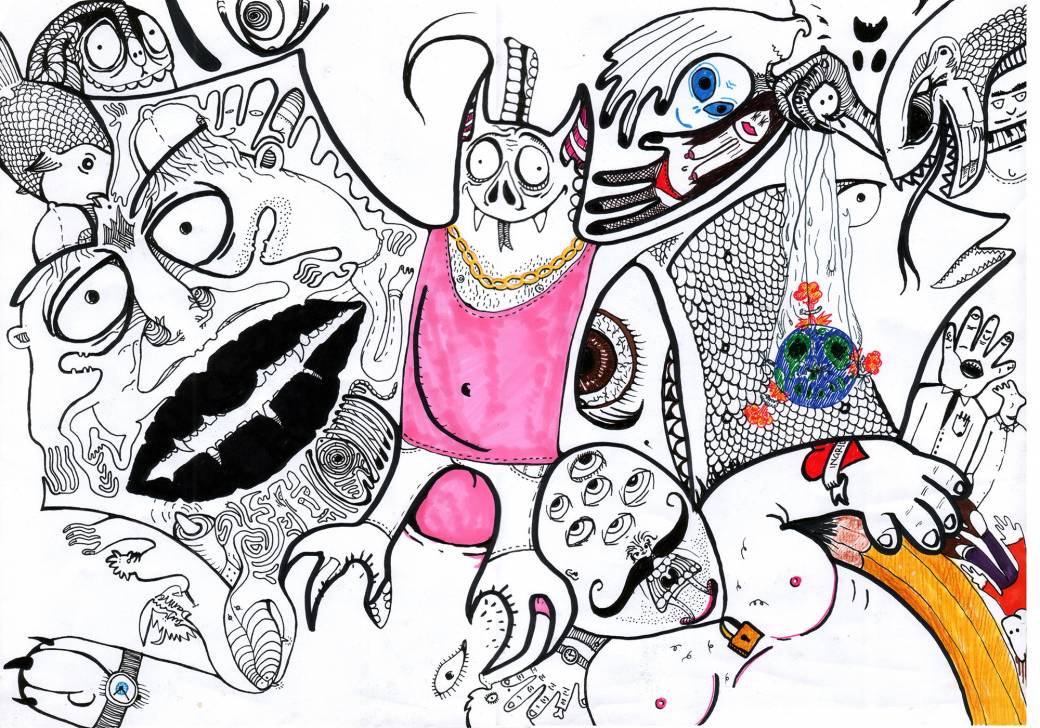 Auffang was the place where the pirate life became reality. The self made house was not only home to the pirate crew but also a place of inspiration and collaboration, where drawing was practiced together and musicians stopped by for the occasional jam. It must have been one of those nights when the idea of the isolation camp came up. 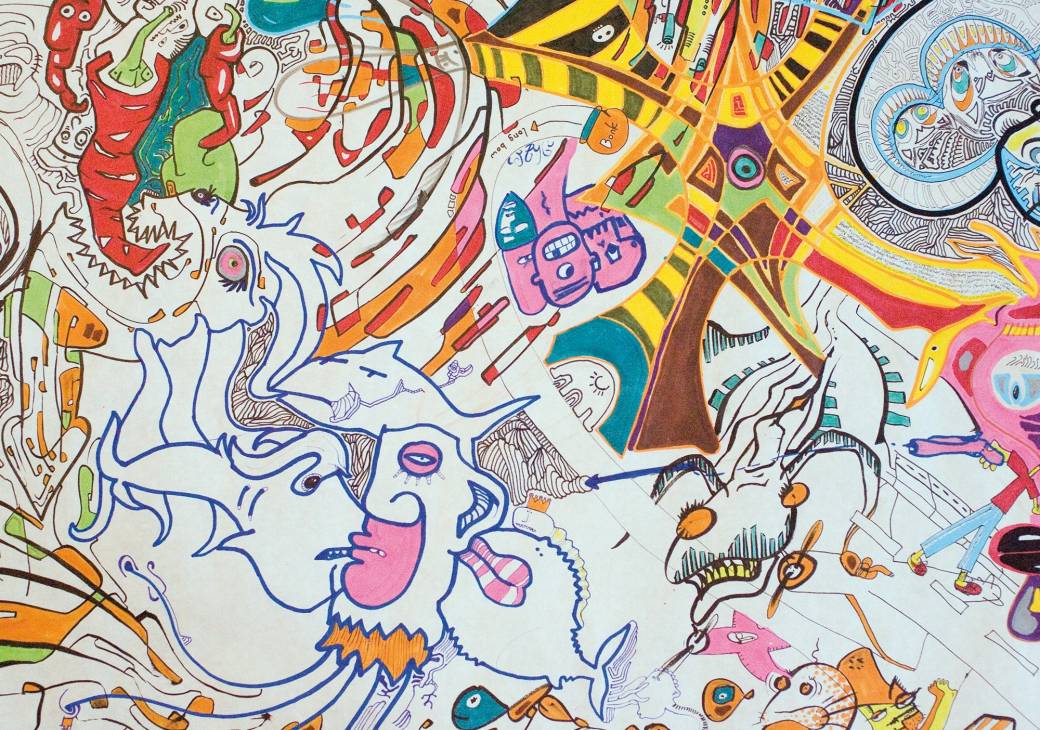 When in 2007 Tobias Ludescher's Parents were away for some weeks, he took the chance and invited several friends to his parents house in Rheintal, Vorarlberg and thus organized the first proto-type isolation camp called Suldisession. The first attendants were Lukas Goller, Linus Baumschlager, Gigi Rüf, Chriso Daoulkas, Jakob Ludescher and Stephan Pachoinig. The most impressive artwork was featured in the Pirate Art Book “Walk the Plank” and was shown at international exhibitions in Paris and Barcelona.