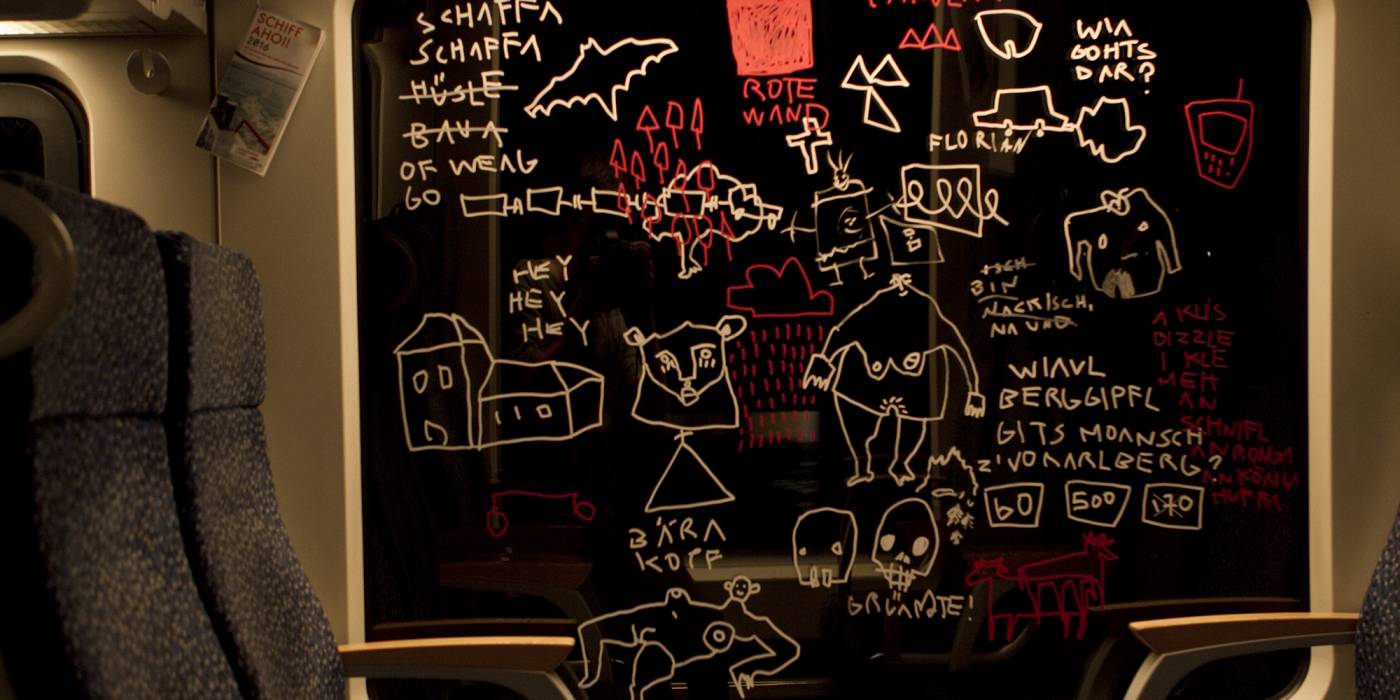 Isolation Camp founder Tobias Ludescher got invited to come up with a concept for the annual art train, that runs between Bludenz and Lindau during the “Lange Nacht der Museen” in Vorarlberg, Austria. The plan was having a freestyle drawing session on the windows of the train itself while listening to live music. The window crew consisted of students of Borg Götzis art class as well as Isolation Campers Marie Mutant, Ludschi and Fabiola Cancin who got joined by friendly pedestrians. As the windows got filled up with white and red, i-sHINe (including Isolation Campers Anna Lu, Francois Ferst and Boris Tücking) feat. PerQuist were playing motivating music for 6 hours non stop! We were thankful to get the chance to redefine public space and certainly changed some peoples perspective. 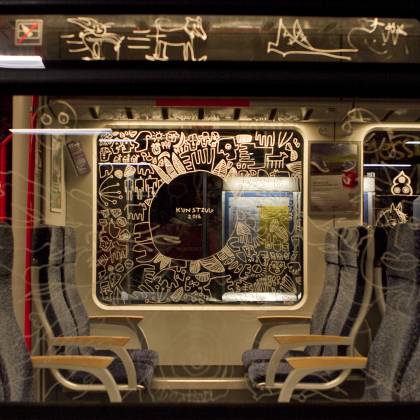 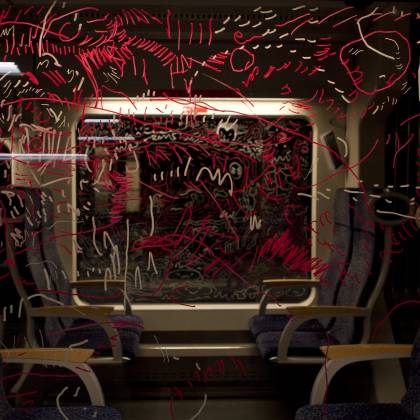 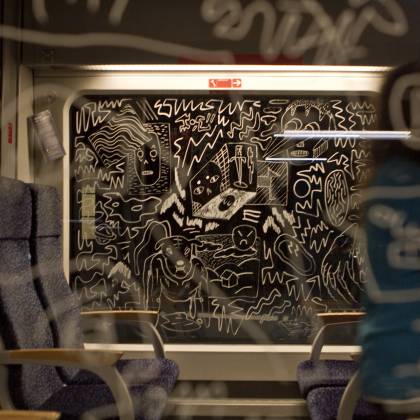 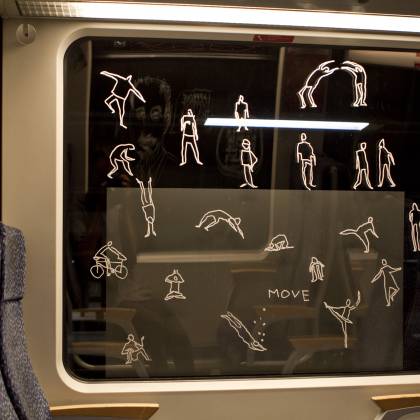 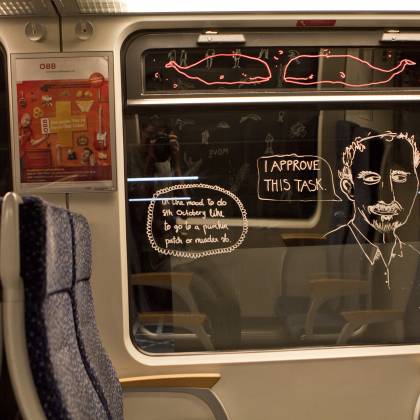 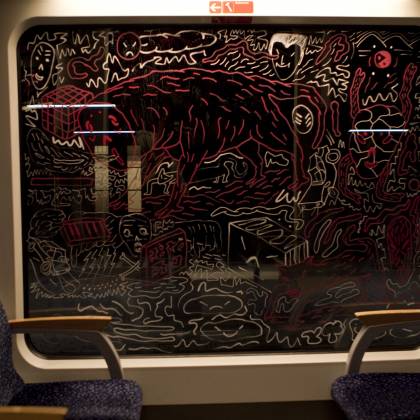 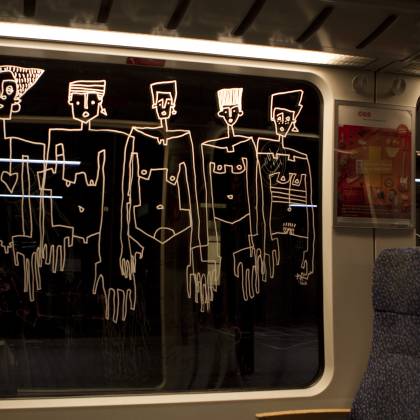 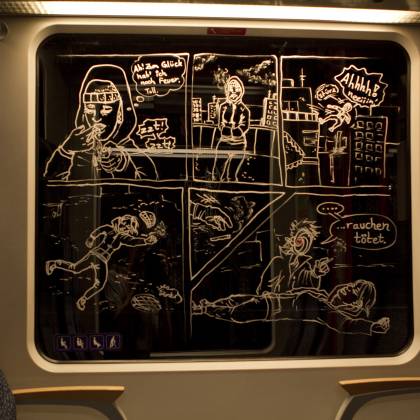 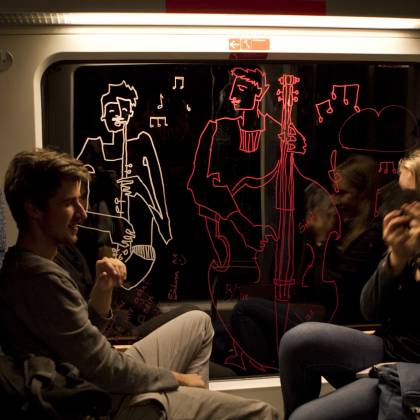 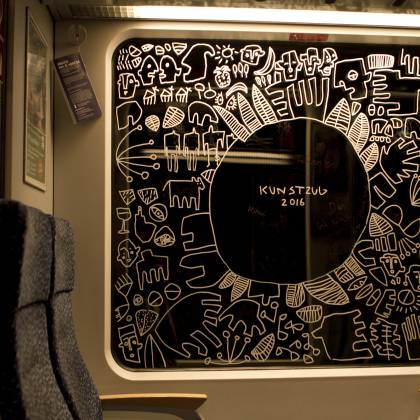 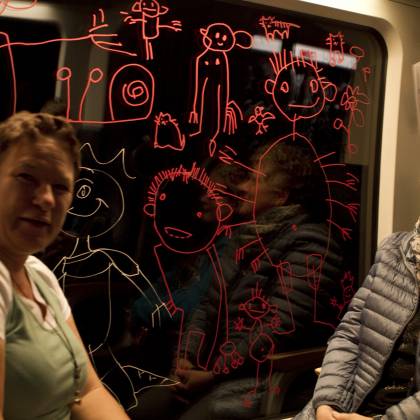 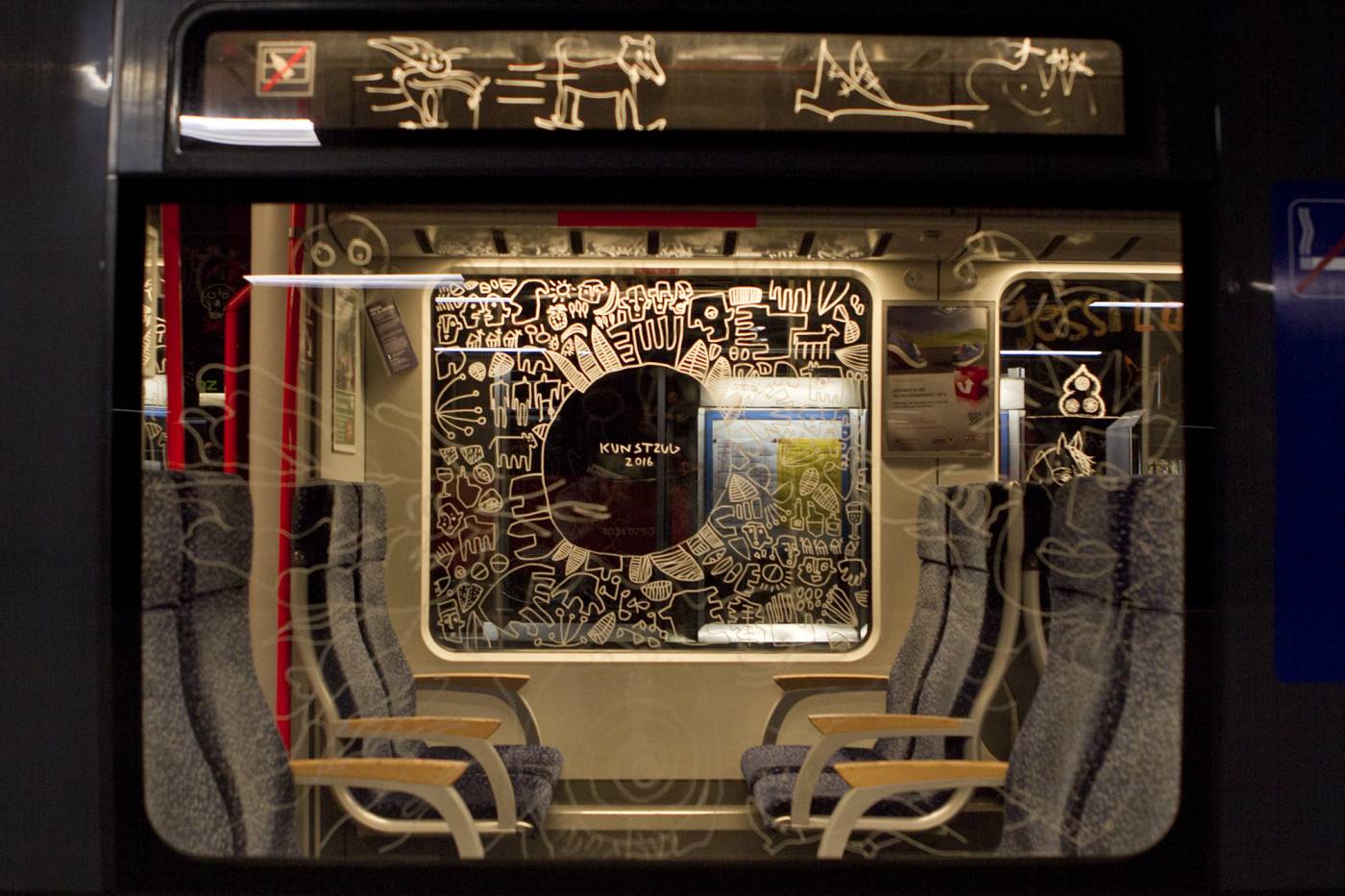 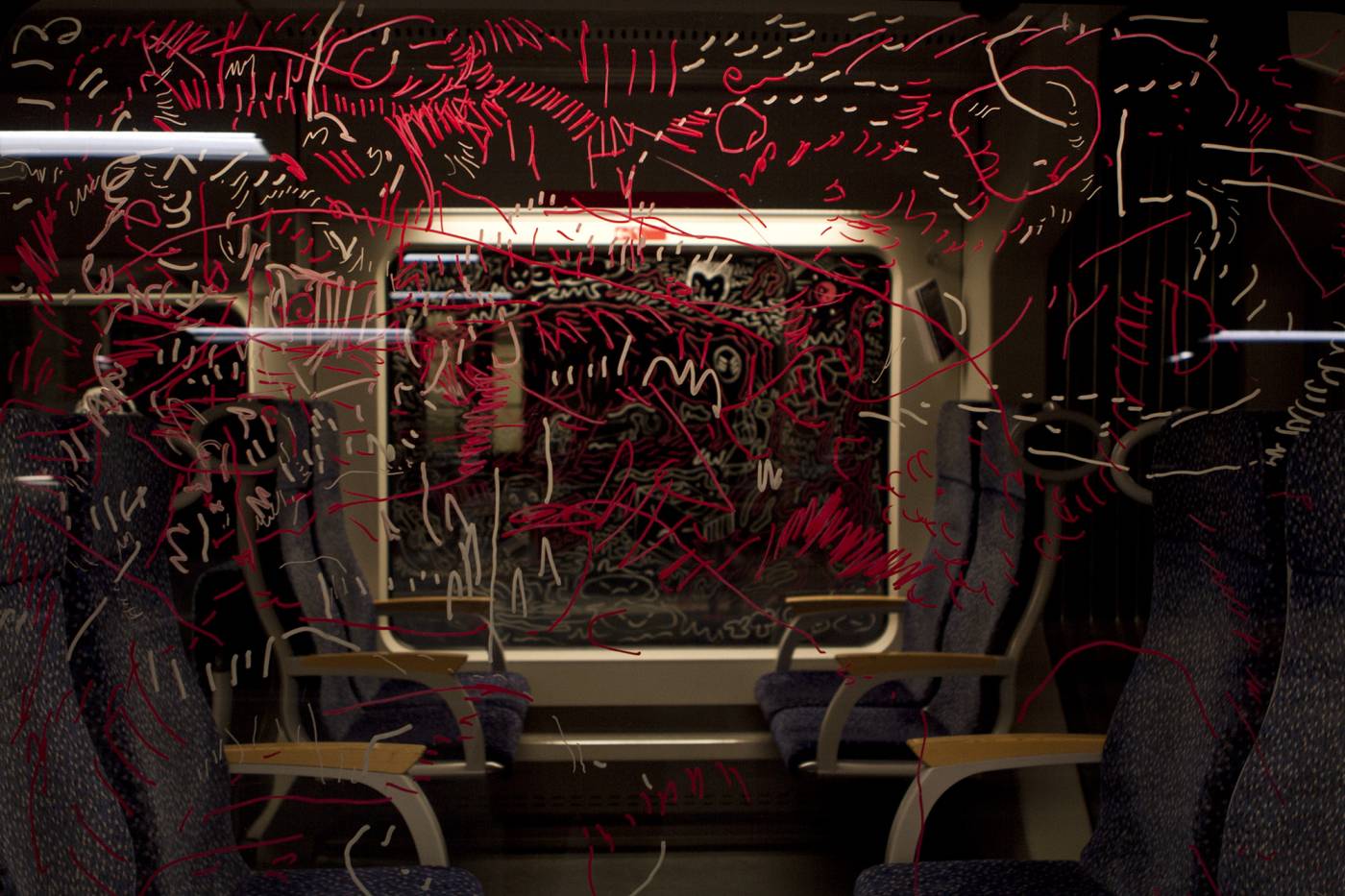 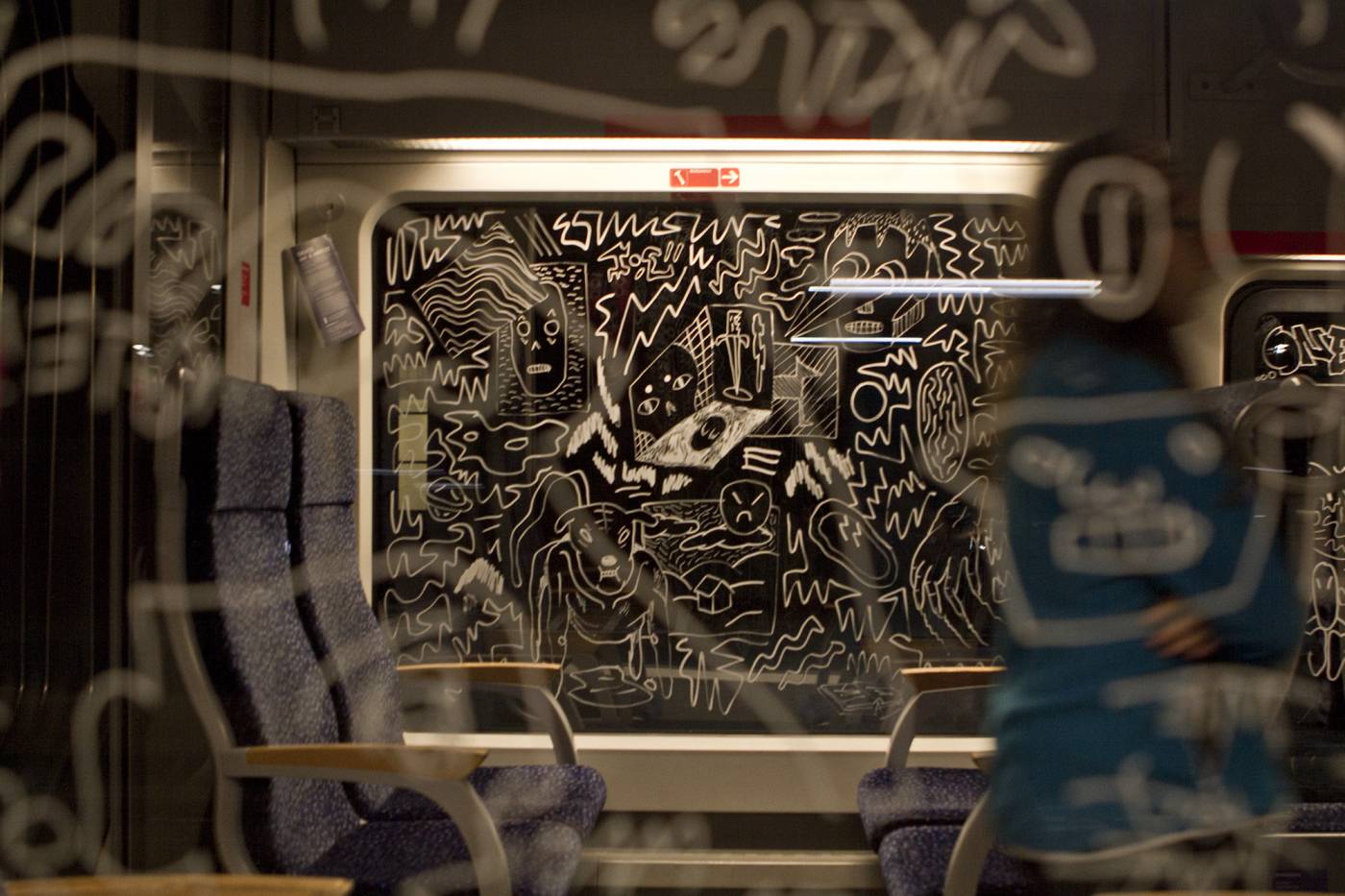 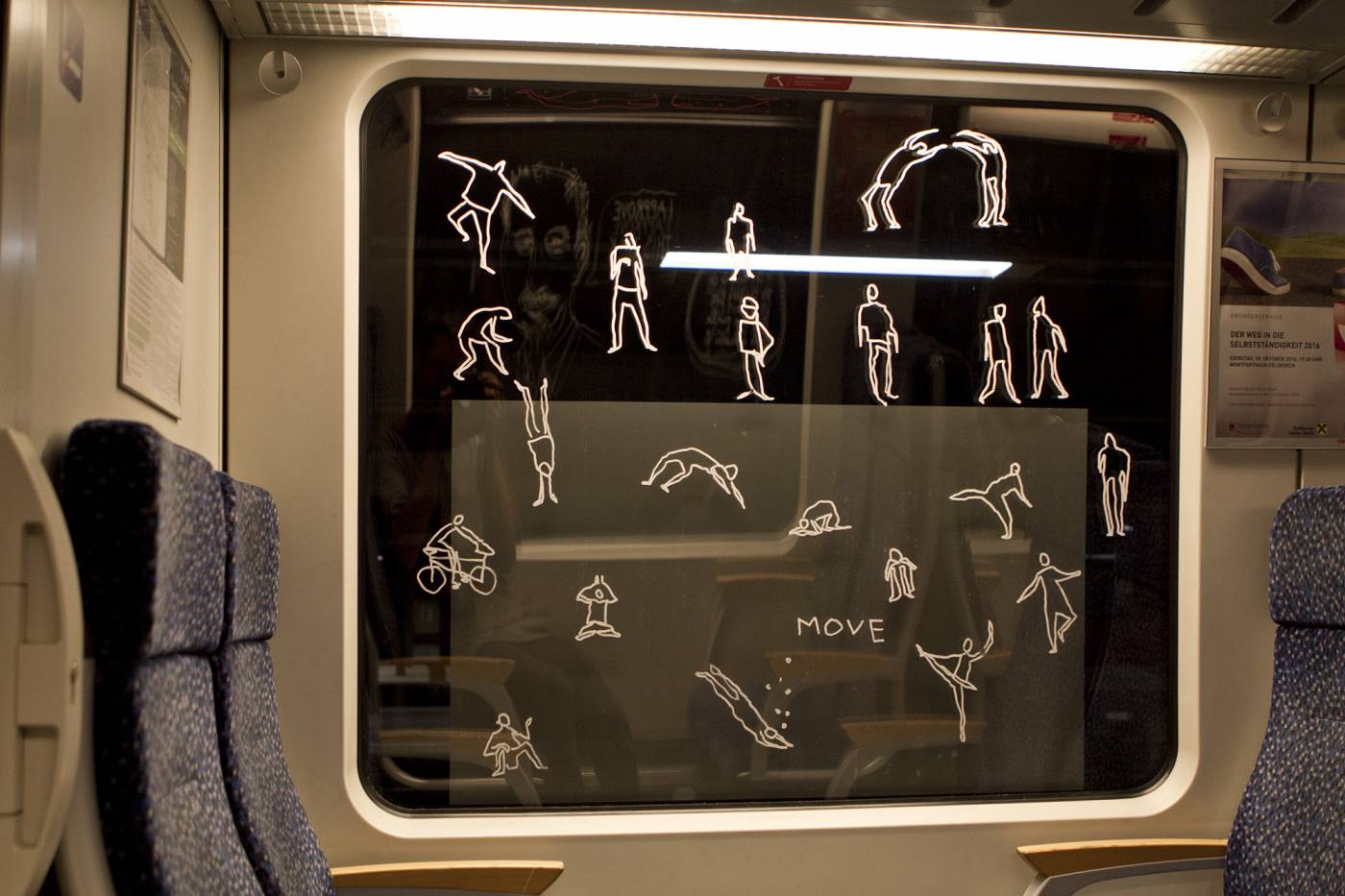 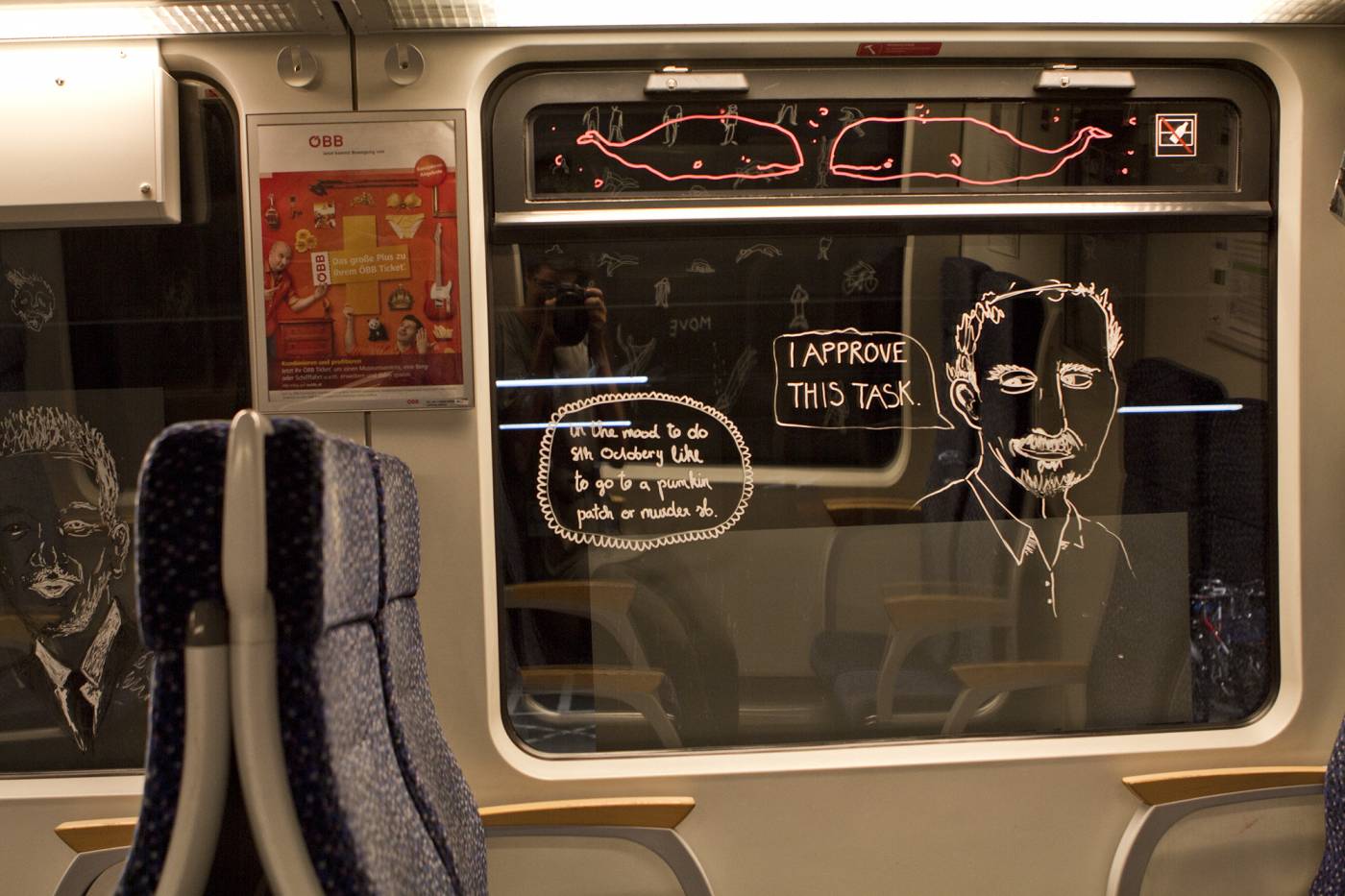 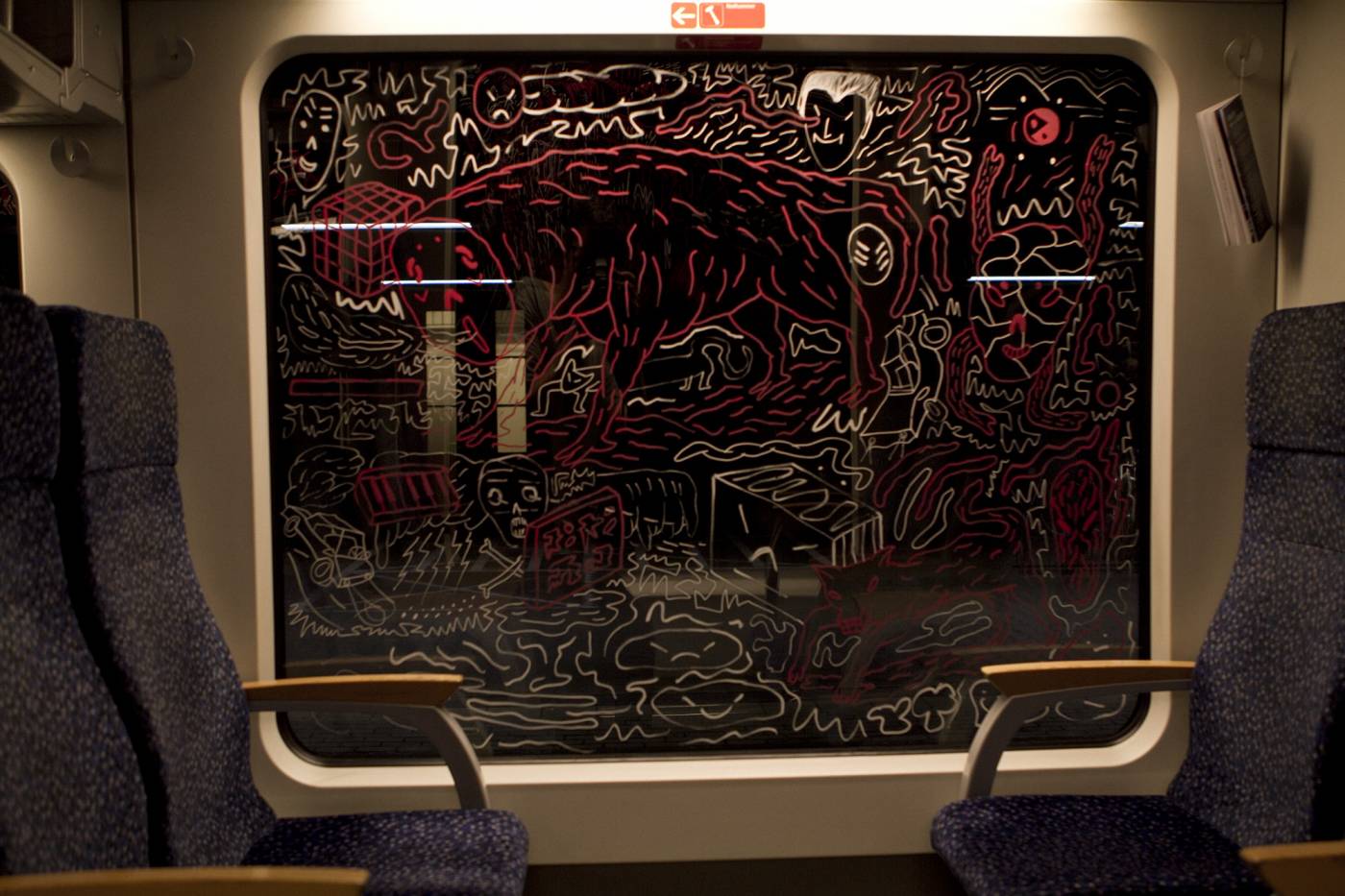 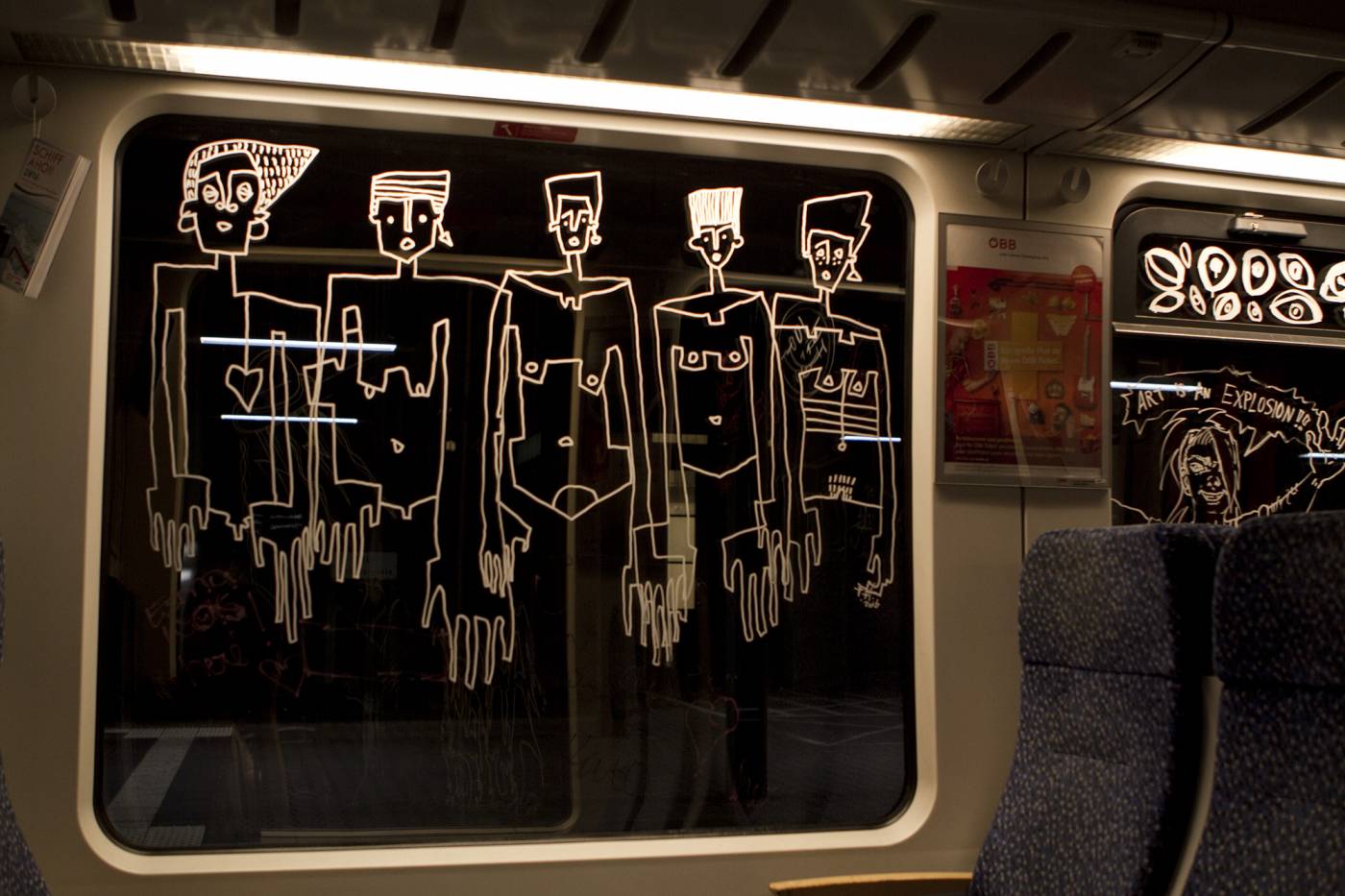 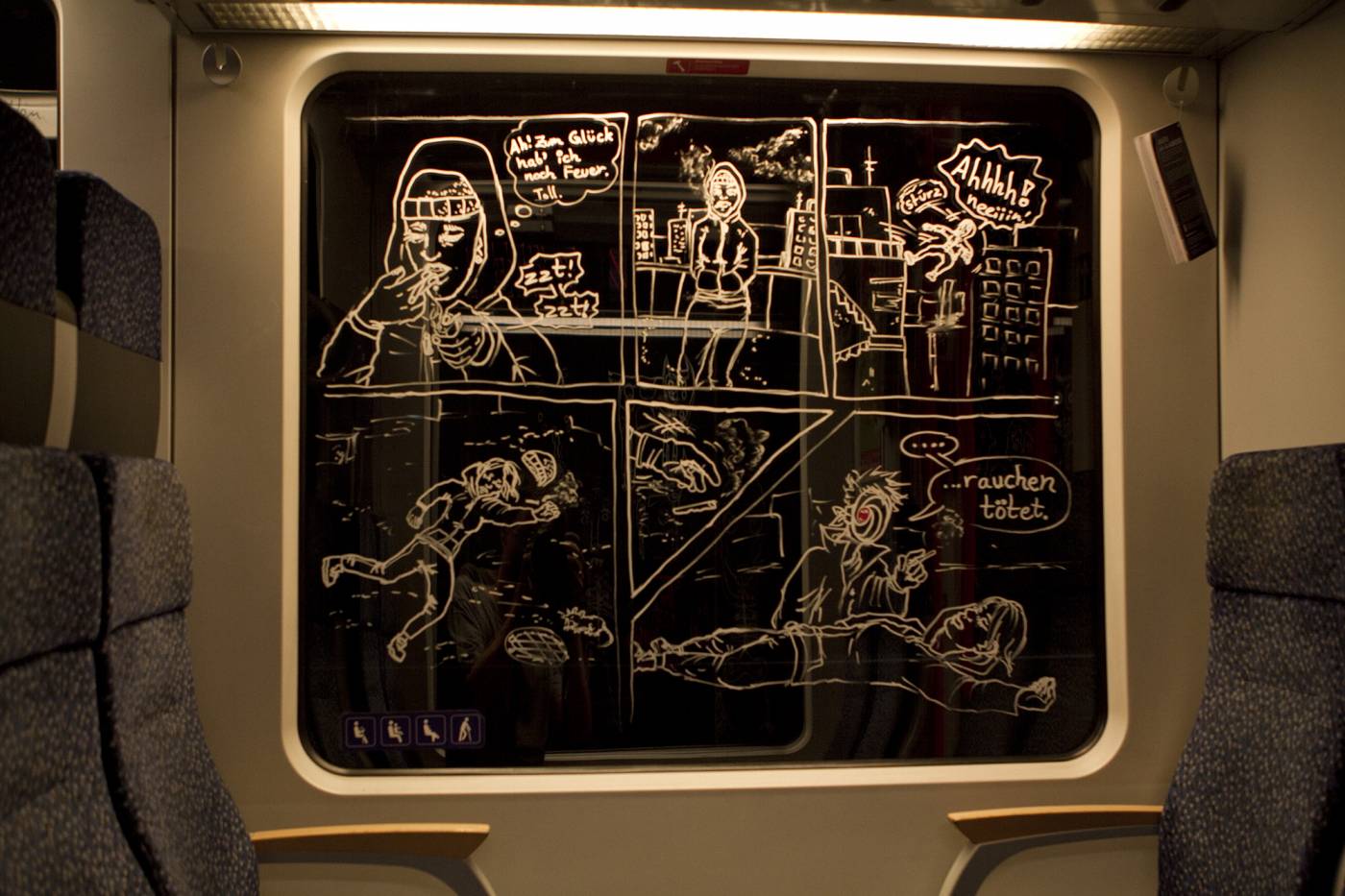 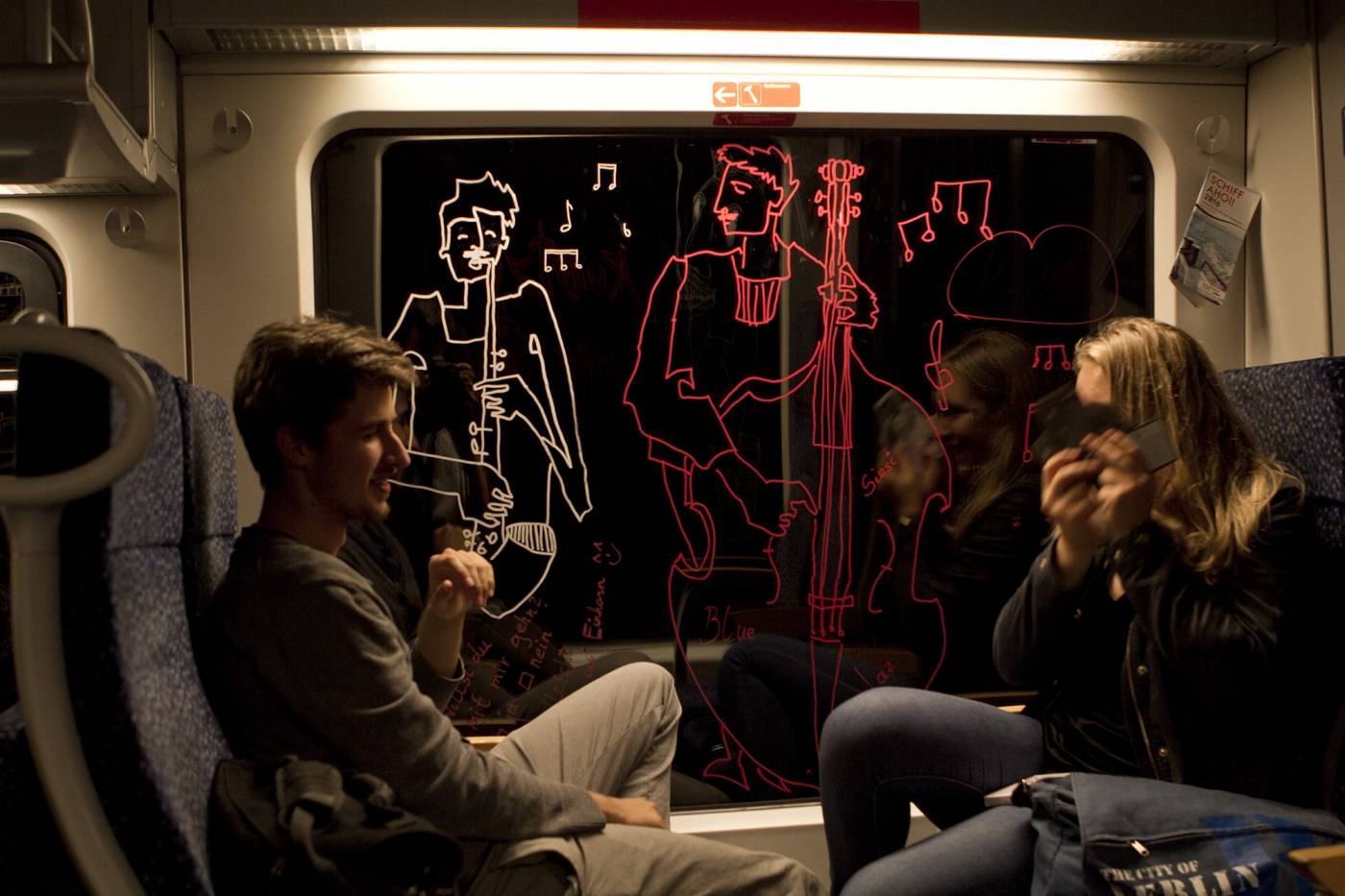 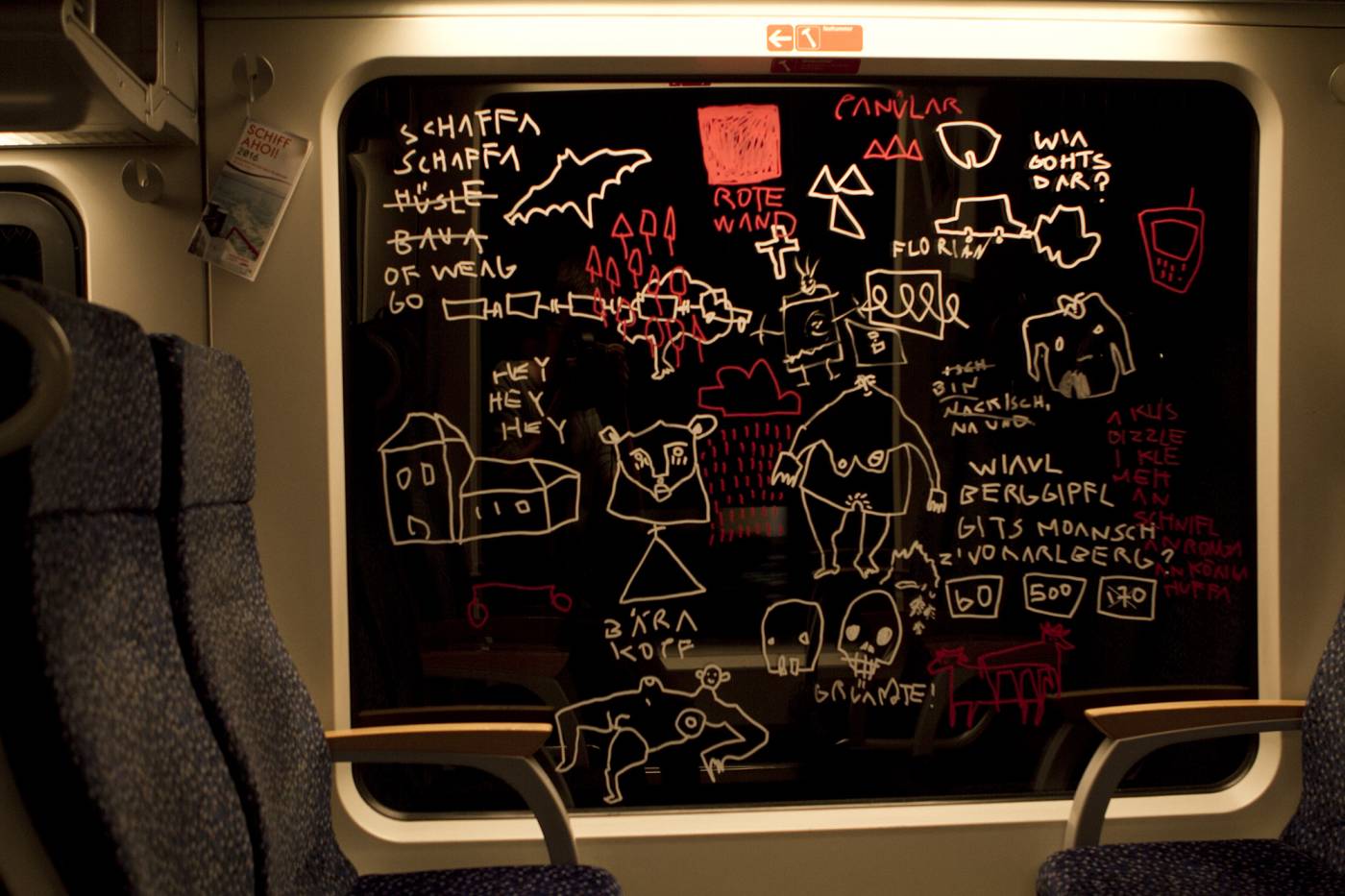 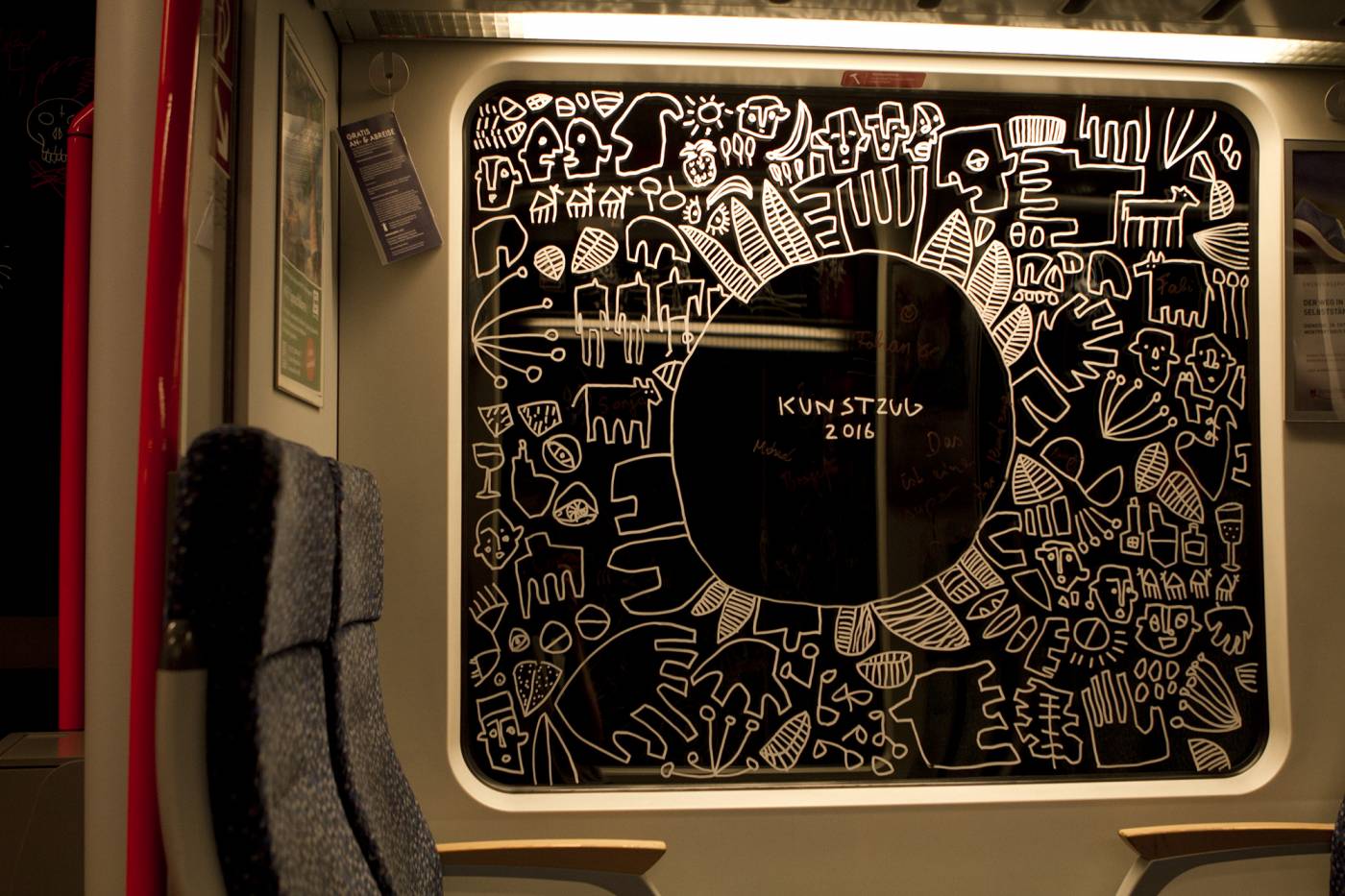 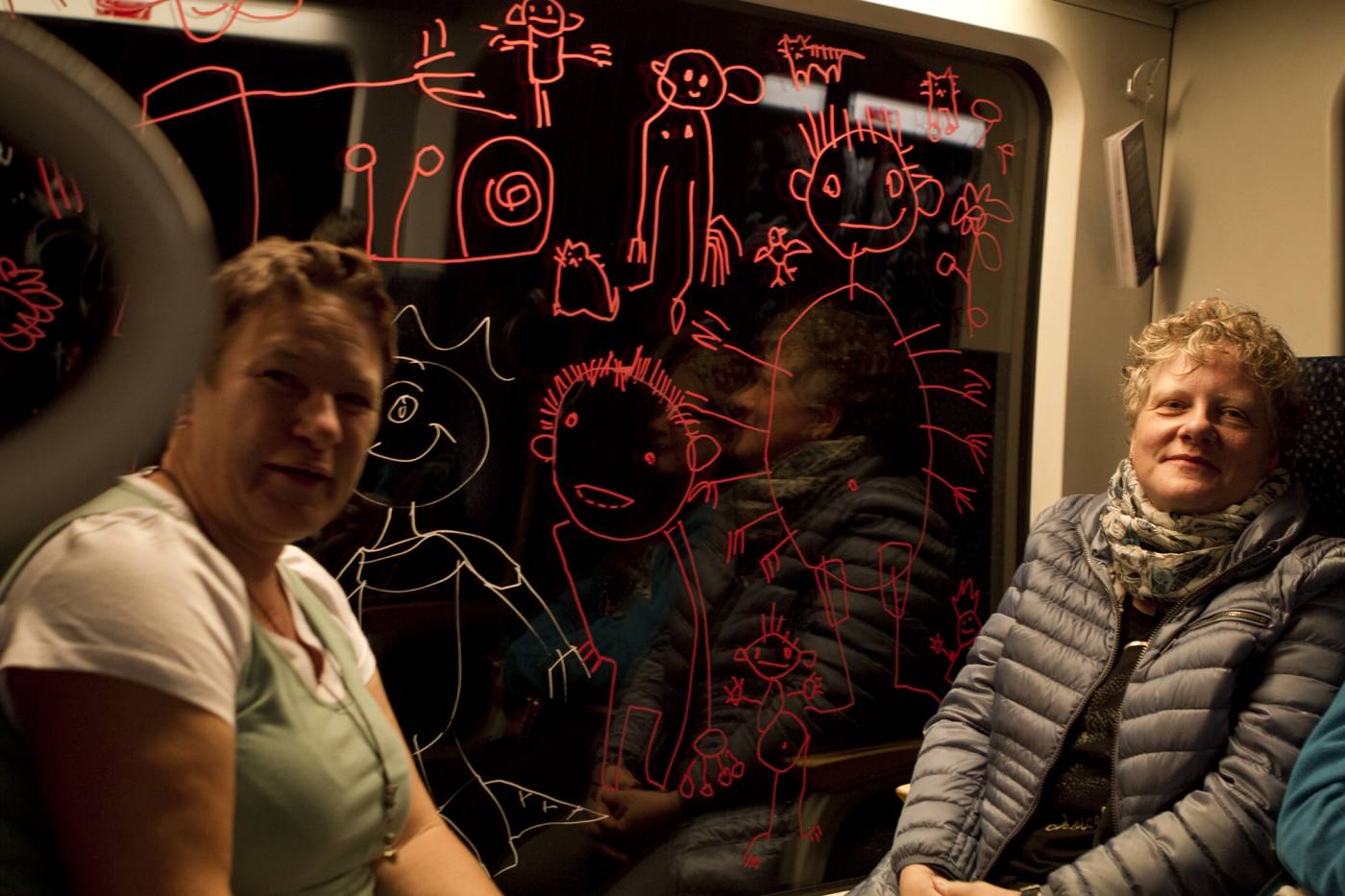